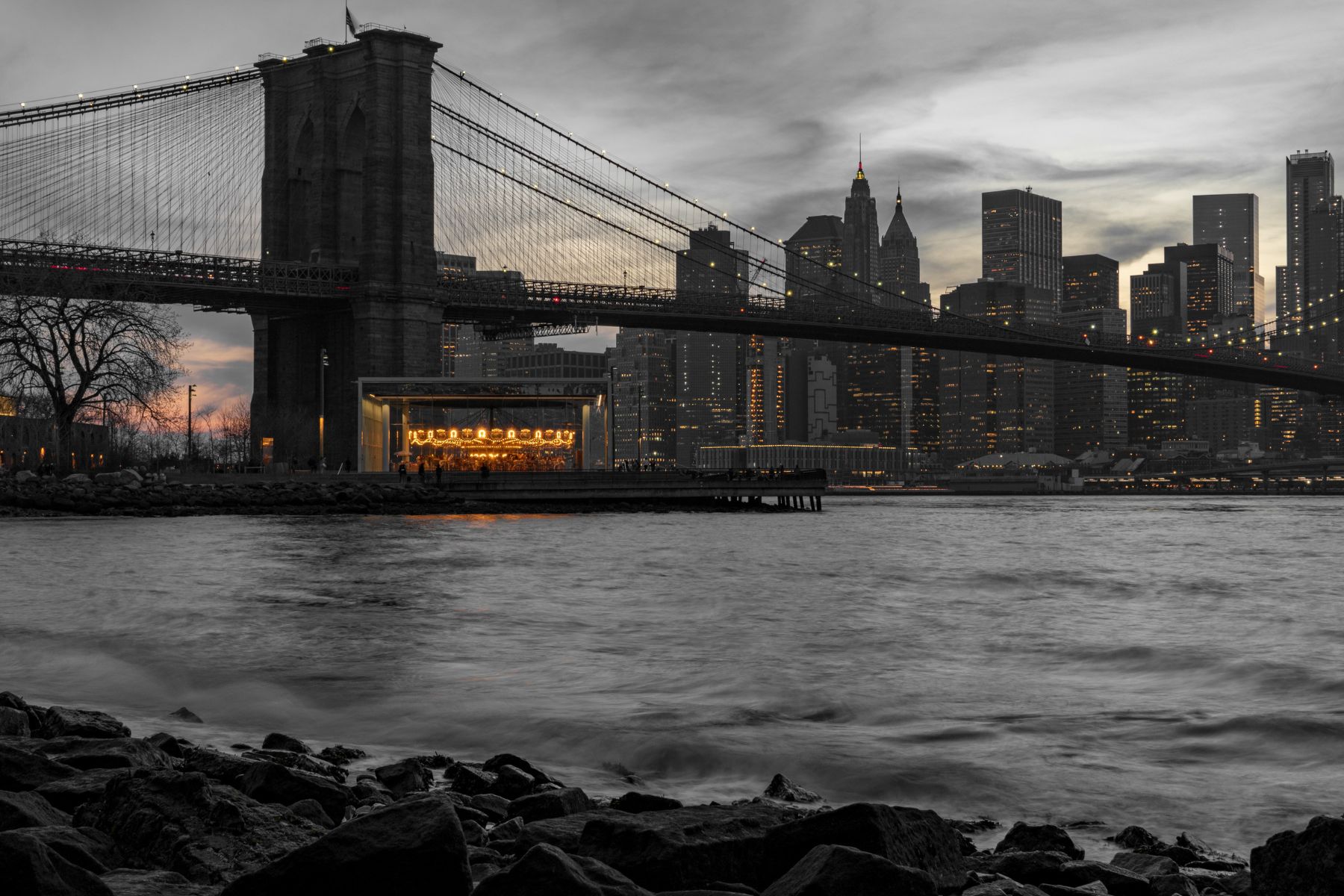 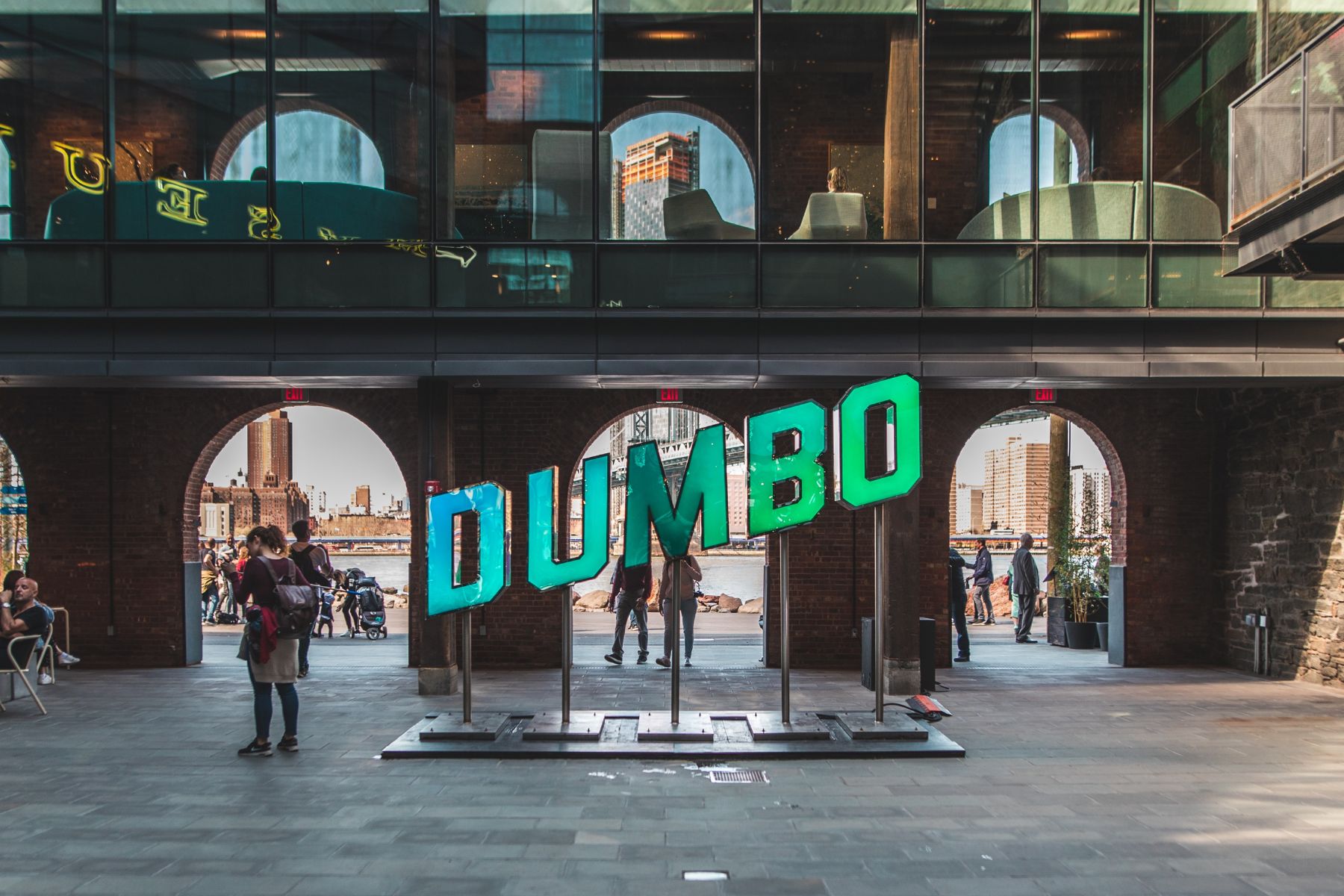 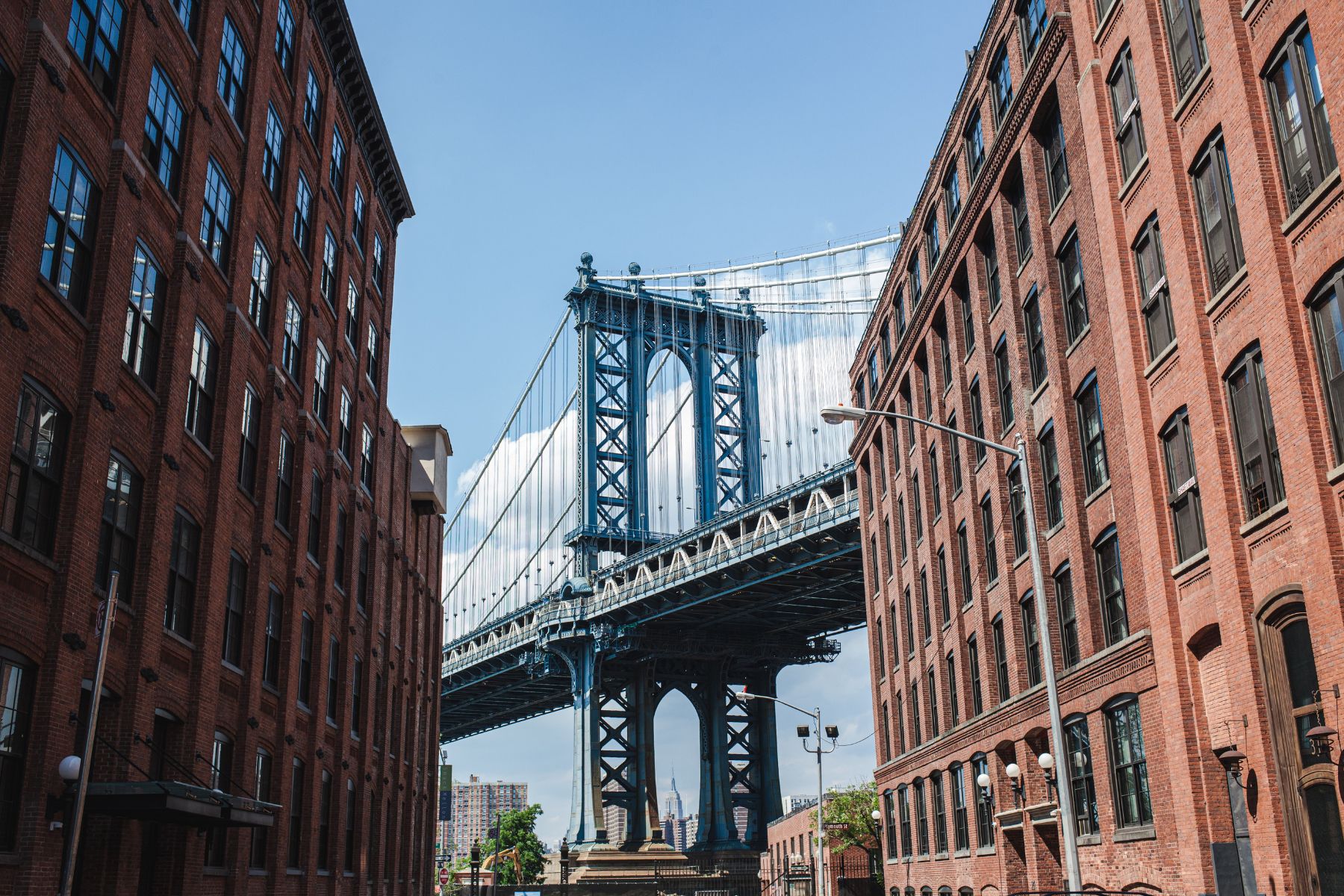 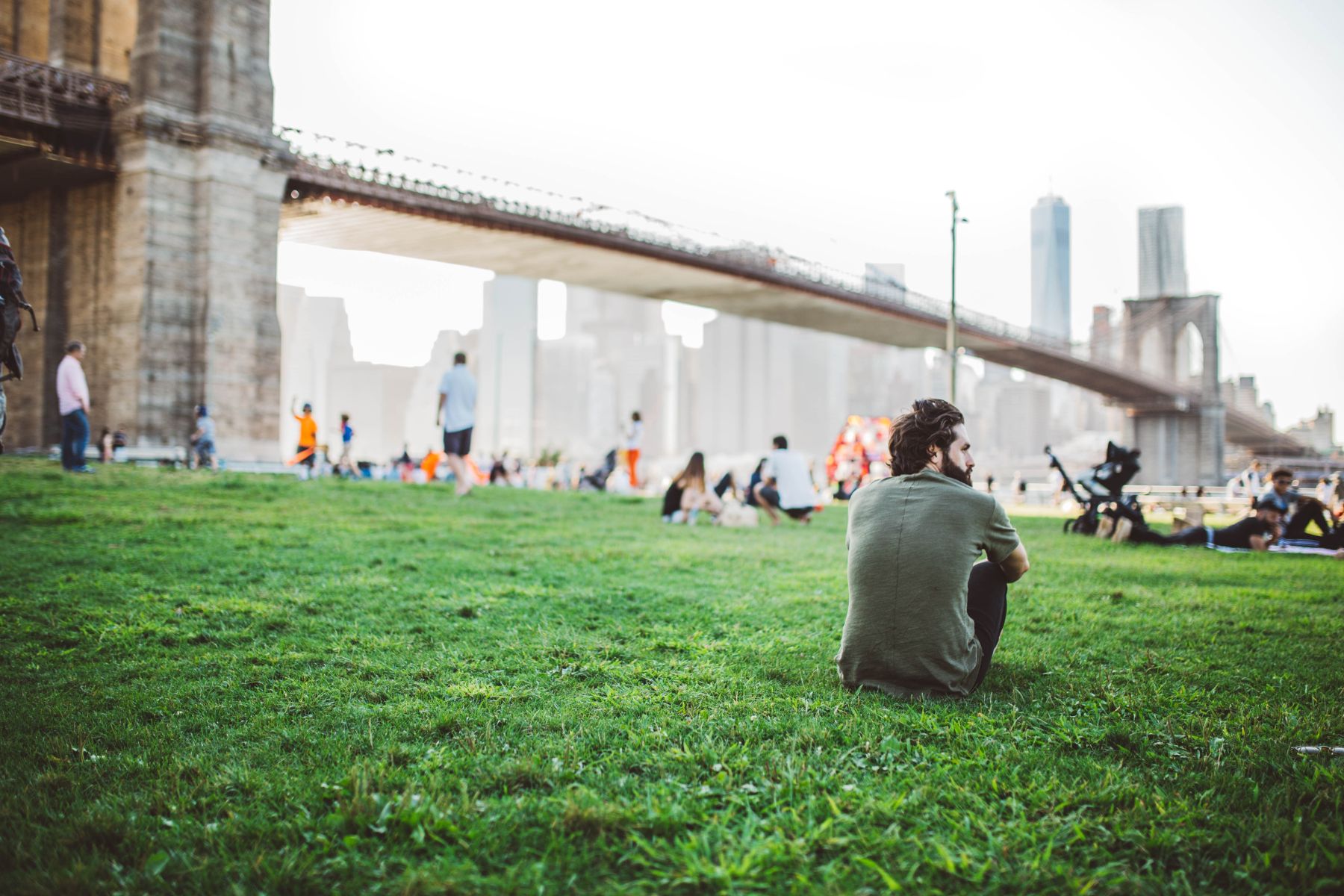 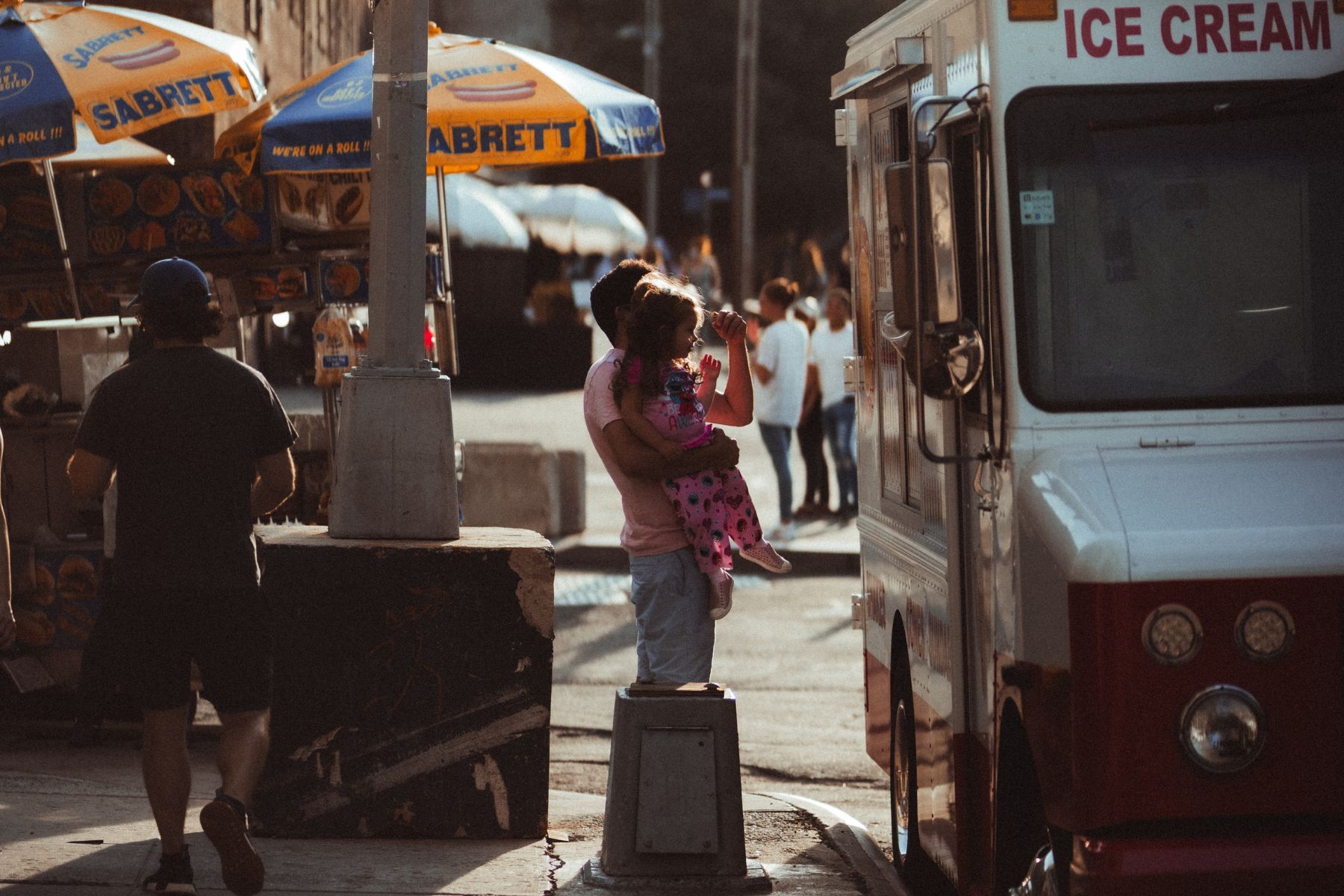 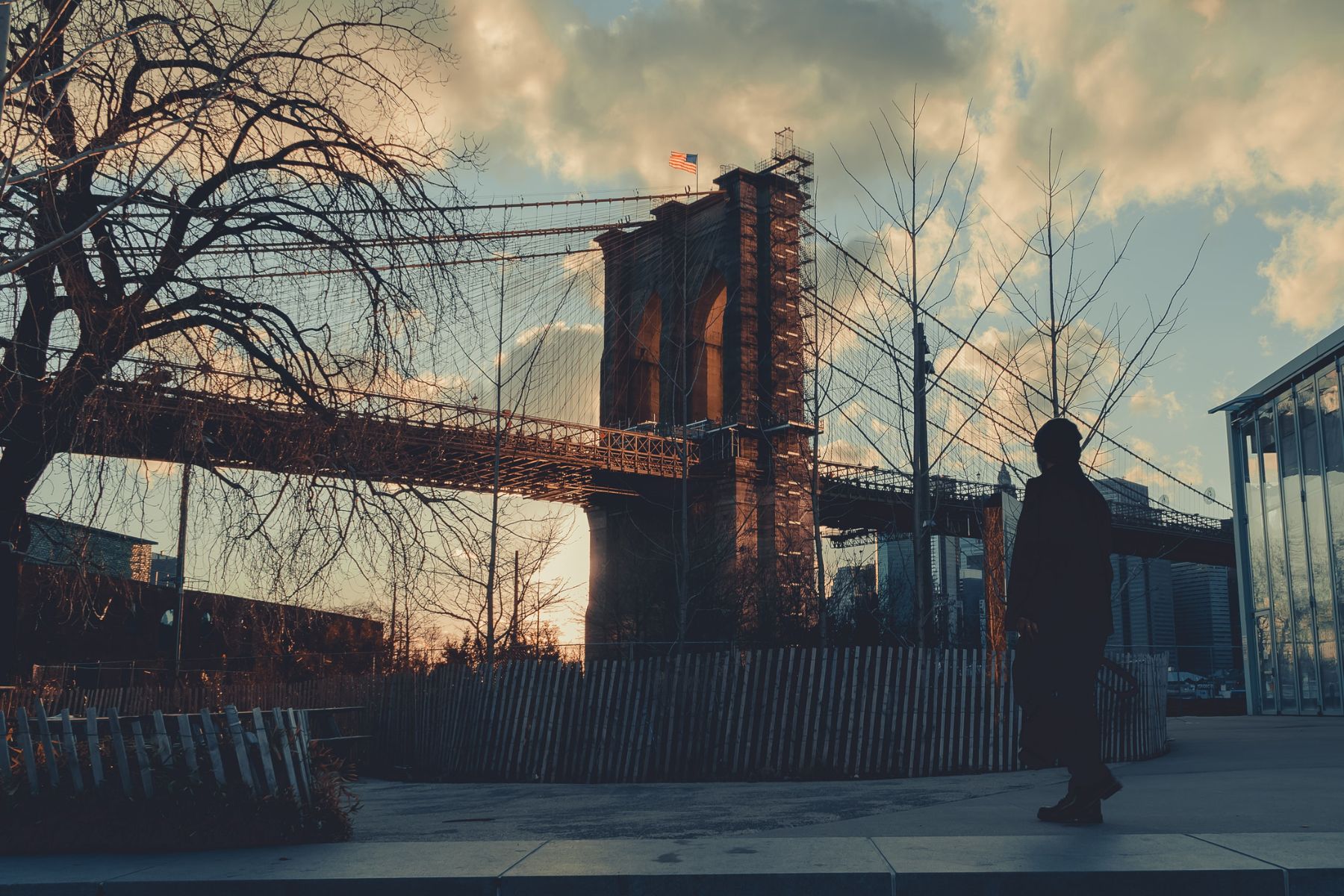 This neighborhood is expensive for amenities.

There's much to see and do in the 25 blocks of DUMBO, an acronym for Down Under the Manhattan Bridge Overpass. Originally a ferry landing, the former industrial and factory-filled neighborhood is thriving. Its paved streets are flanked by loft apartments, boutiques, eateries, and art galleries.

DUMBO may be small, but its culinary offerings are robust. Treat the team to coffee at % Arabica, the Japanese coffee chain known for its coffee and design, or take a lunch break and grab thin crust coal-fired pizzas at Grimaldi's and Juliana's Pizza. For groups who can’t agree on what to eat, there’s Time Out Market, home to nearly two dozen local restaurants, bars, and bakeries. Locals' favorite 68 Jay Street Bar is a cozy spot to unwind after a long day as is the swanky old-school cocktail bar Harriet's Lounge. When in season, step aboard the 147-foot wooden schooner Pilot, an oyster bar docked at Brooklyn Bridge Park. For a fancy dinner, book a table at the Michelin-starred The River Cafe adjacent to the Brooklyn Bridge for seasonally-changing American cuisine.

On a day off, DUMBO is best explored on foot. The collection of boutiques at Empire Stores, independent bookshop The Powerhouse Arena, and the weekend Brooklyn Flea all offer wares made by local artisans. From strolling art galleries like A.I.R. Gallery and admiring the street art of DUMBO Walls to exercising while enjoying the skyline views in Brooklyn Bridge Park to taking a whimsical ride on the antique Jane's Carousel, there's something for everyone. Don't miss taking photos at Fulton Ferry Landing, the refurbished pier with enviable views of the Brooklyn Bridge and lower Manhattan. At night, take in a show at St. Ann's Warehouse or walk to Manhattan via the Brooklyn Bridge.

Lauren is a freelance journalist whose work has appeared in 100+ publications, including The Daily Meal, Culture Trip... 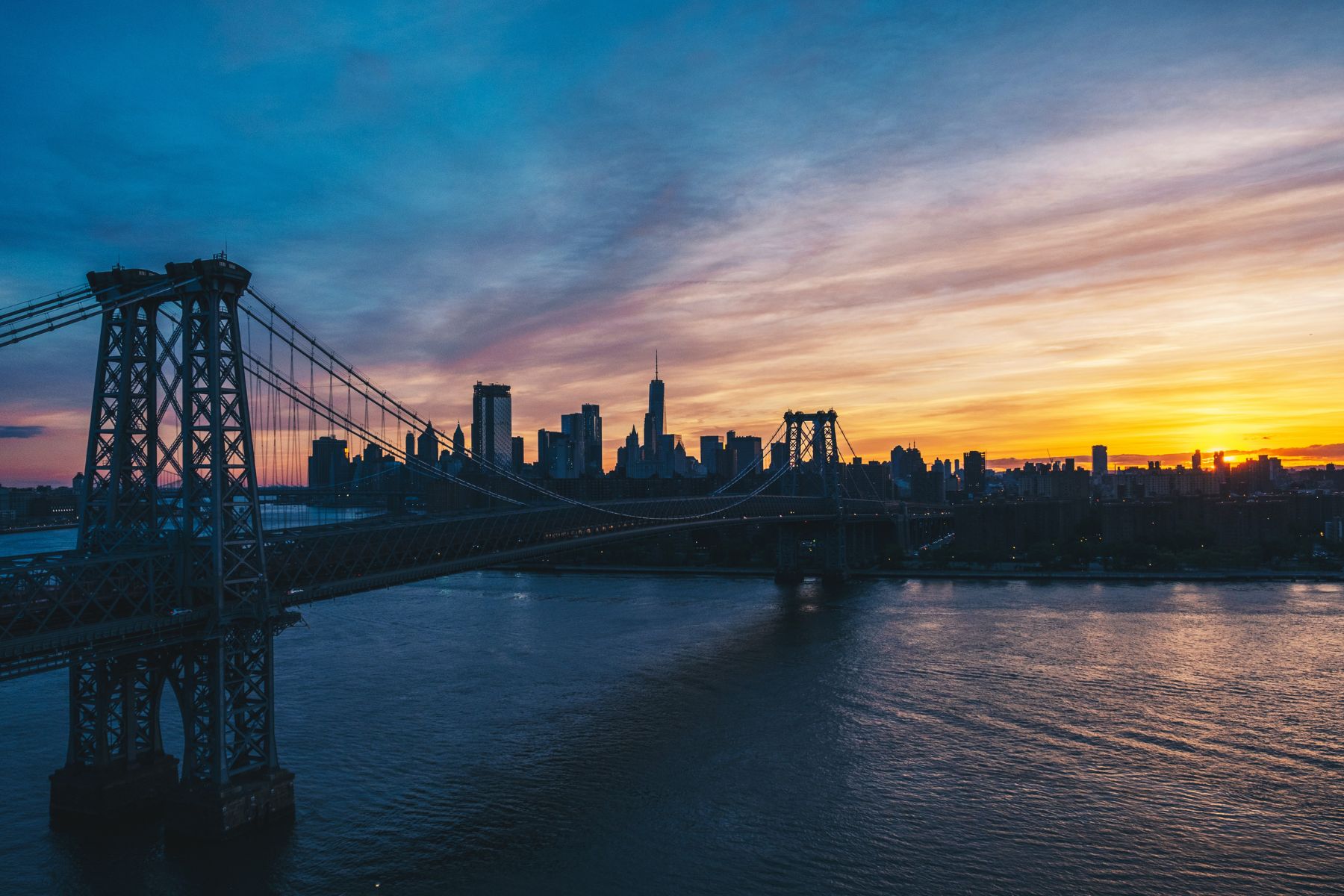 5.0
Williamsburg
What was once a gritty, industrial home for counterculture artists at the turn of the 21st century has since transformed thanks to rapid gentrification that brought glittery residential towers with waterfront views. South of Greenpoint, the ... 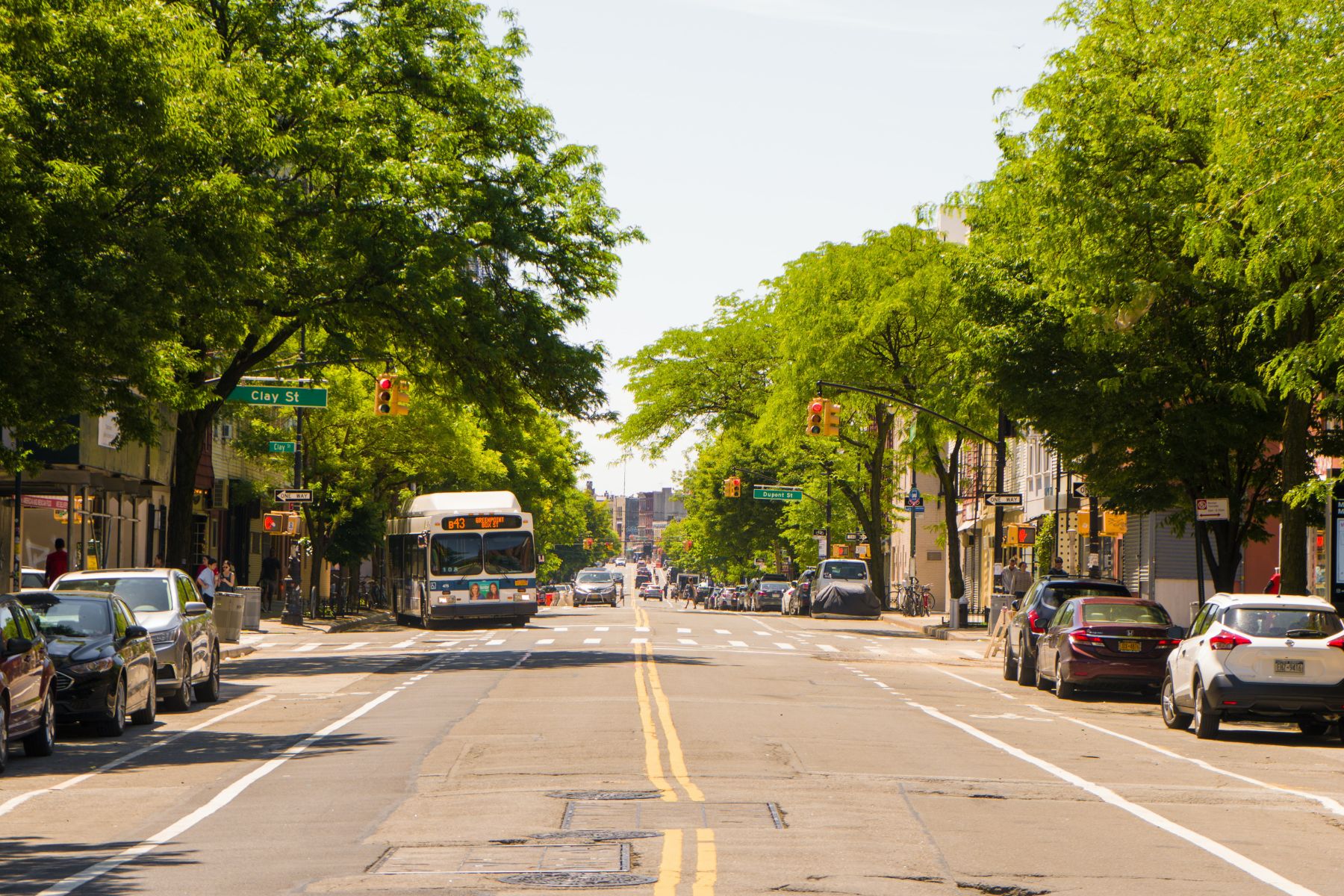 4.0
Greenpoint
Greenpoint, Brooklyn's northernmost neighborhood, is often referred to as "Little Poland'' due to its large Polish community. Formerly farmland and then an industrial area filled with factories, Greenpoint has been revitalized. In recent yea... 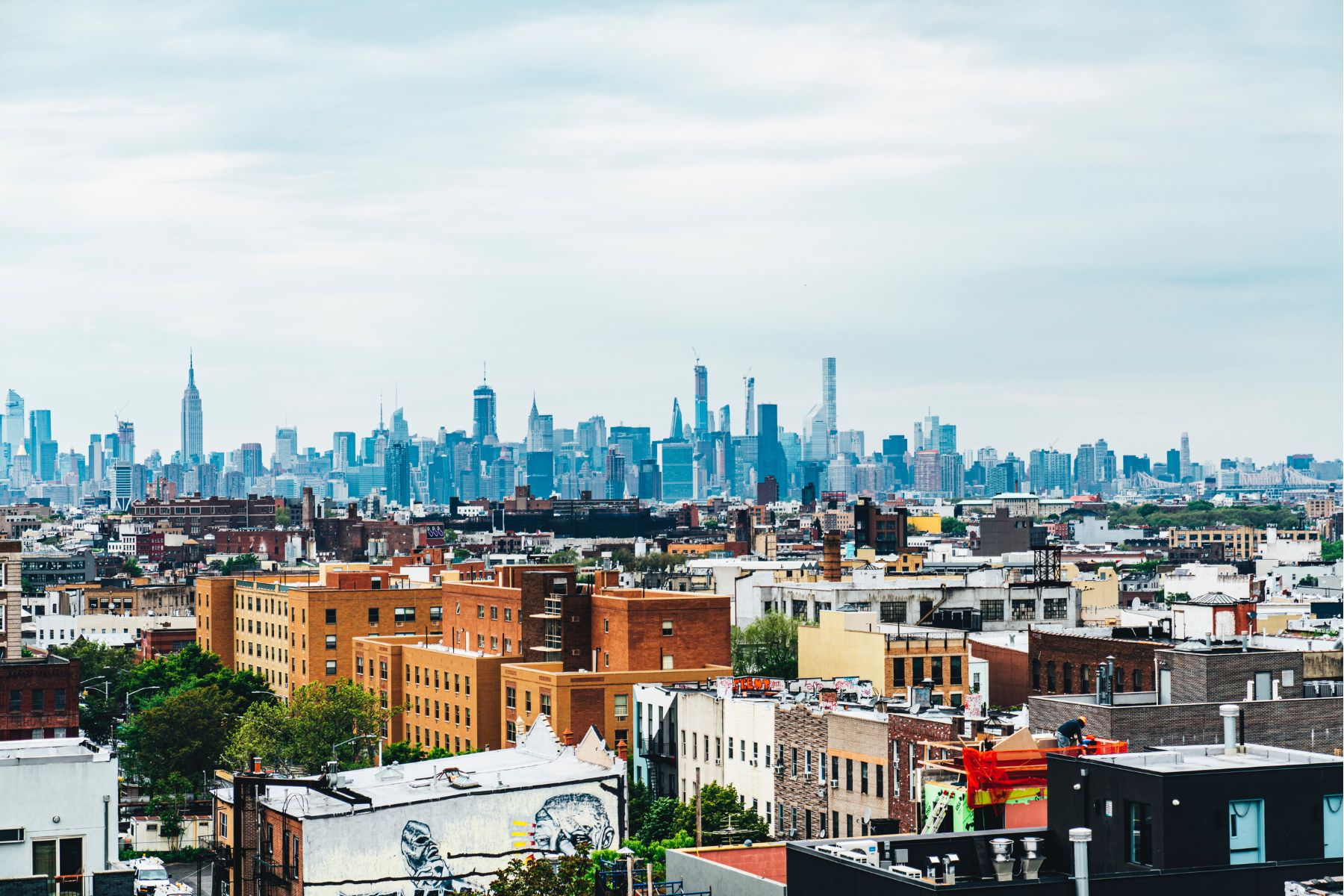 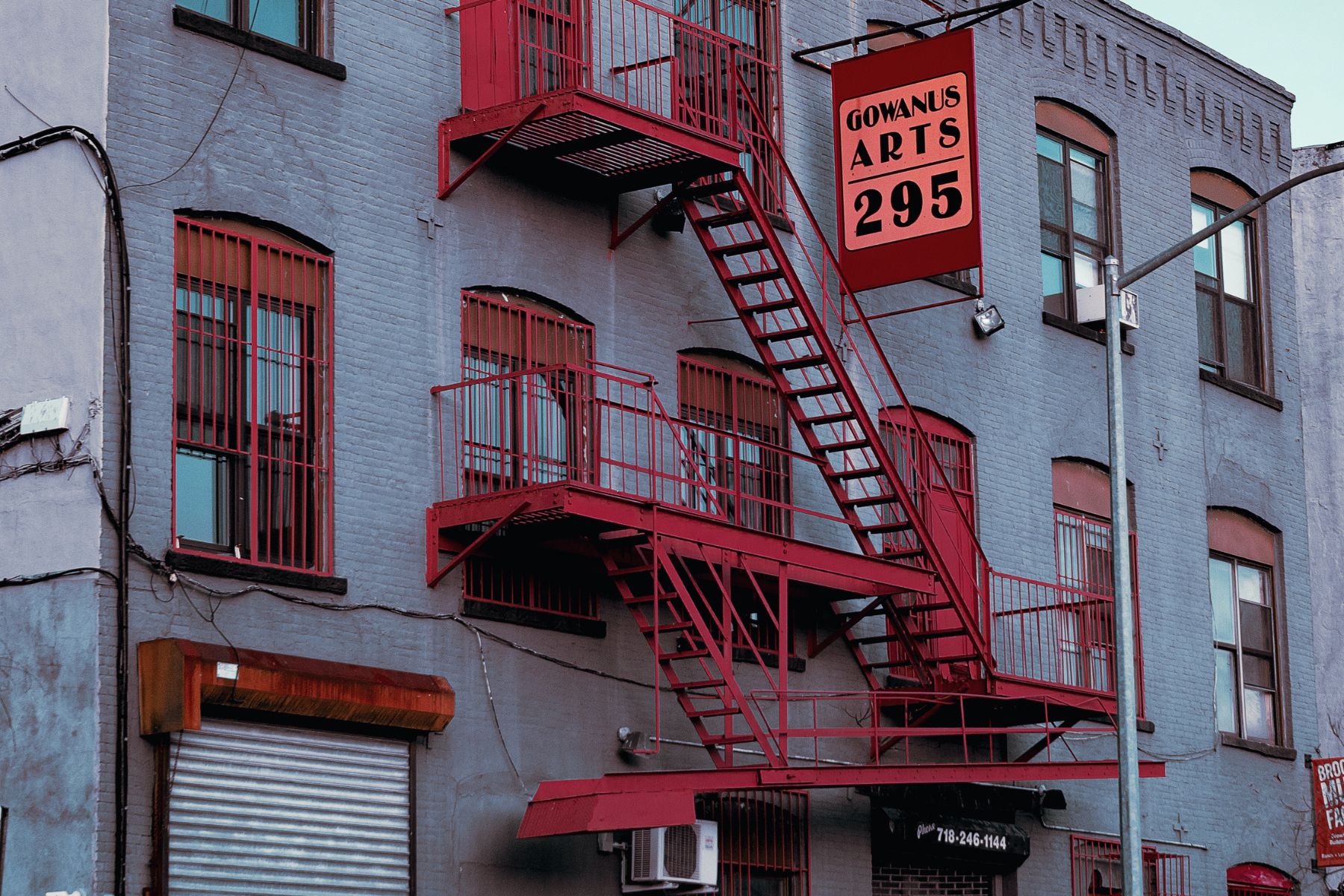 4.0
Gowanus
Darling of the Adriatic, this Croatian city is in a league of its own. Made famous by Game of Thrones, its walled, old town attracts legions of tourists and is surrounded by idyllic beaches just a stone's throw away from the m...

4.0
DUMBO
There's much to see and do in the 25 blocks of DUMBO, an acronym for Down Under the Manhattan Bridge Overpass. Originally a ferry landing, the former industrial and factory-filled neighborhood is thriving. Its paved streets are flanked by lo...