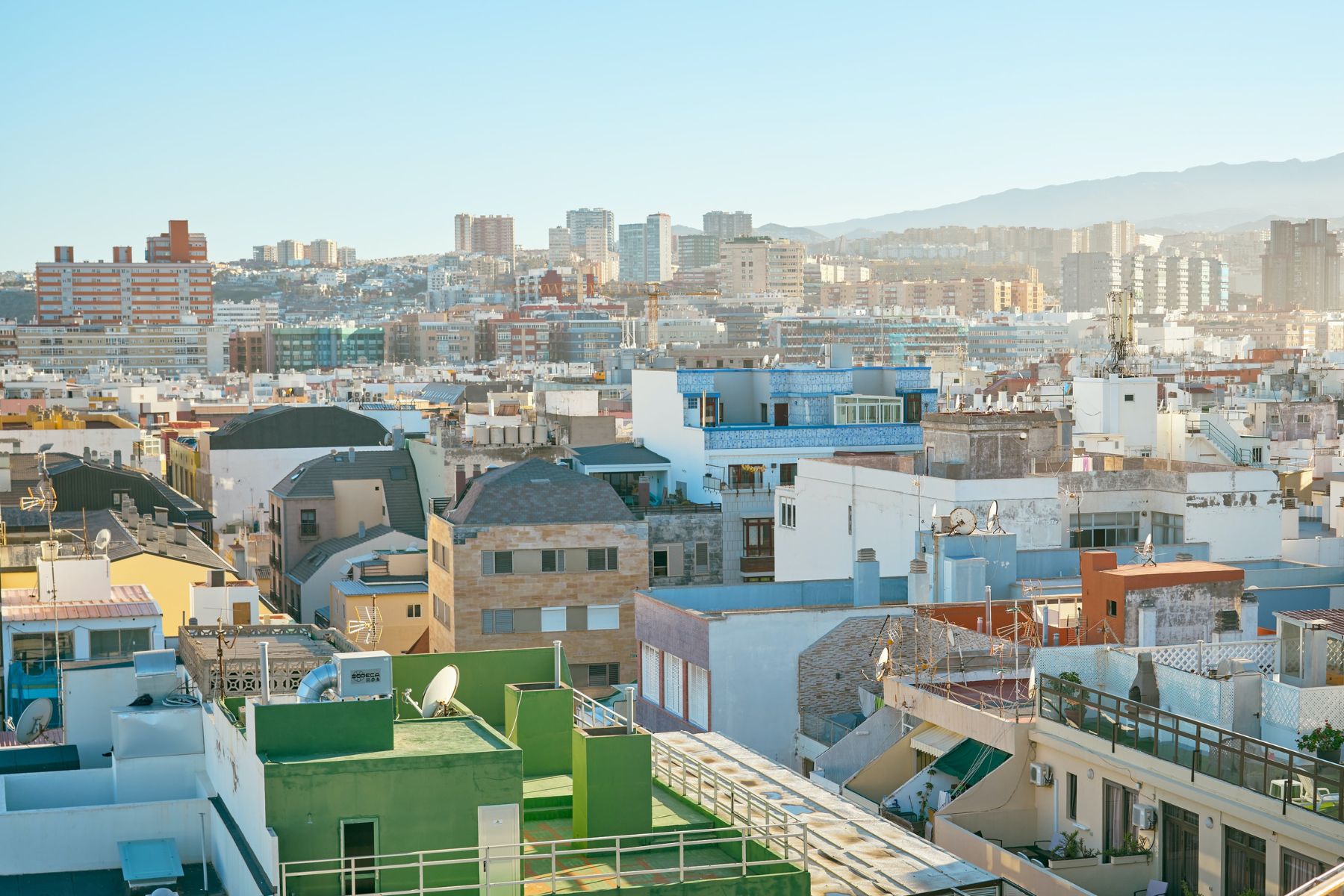 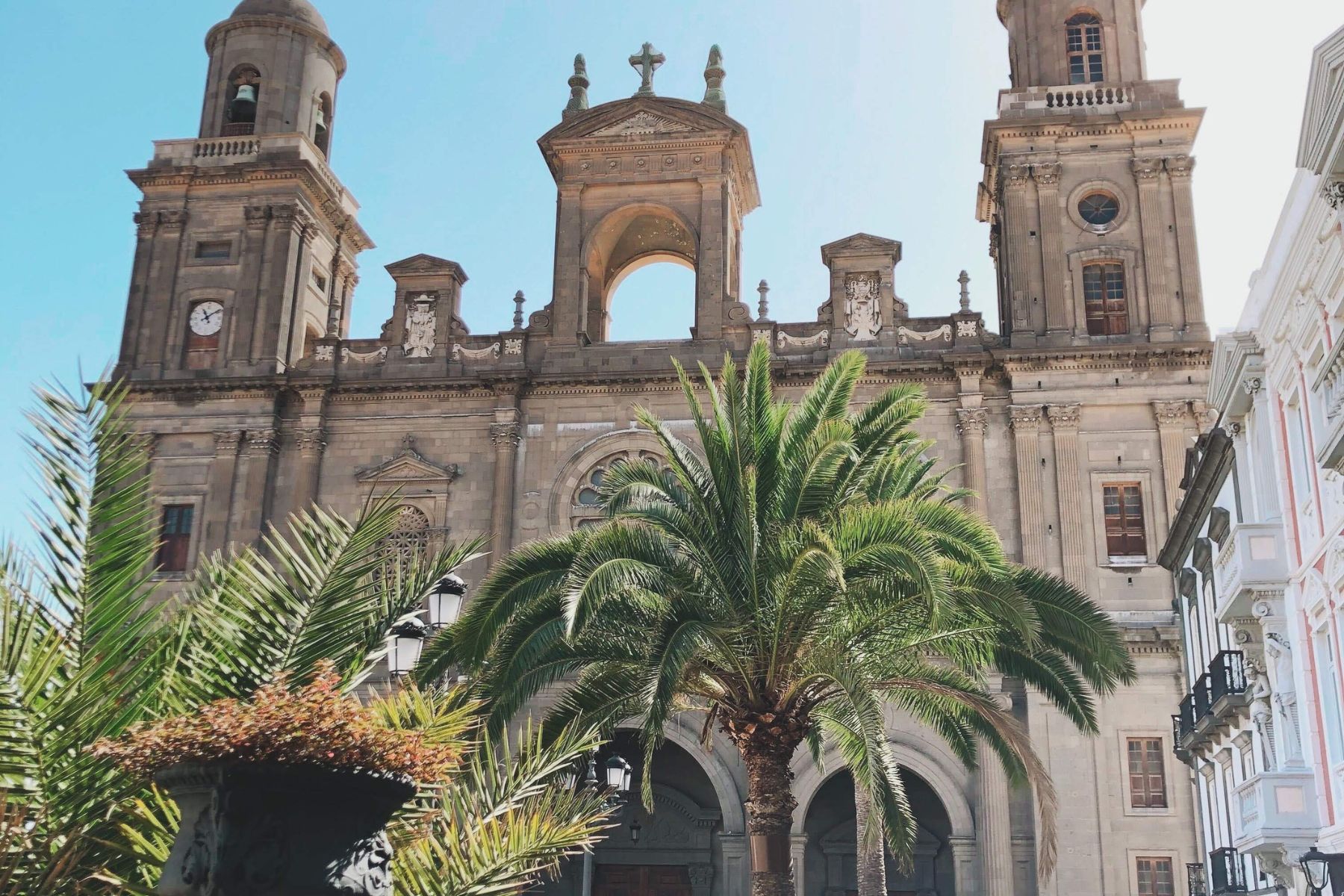 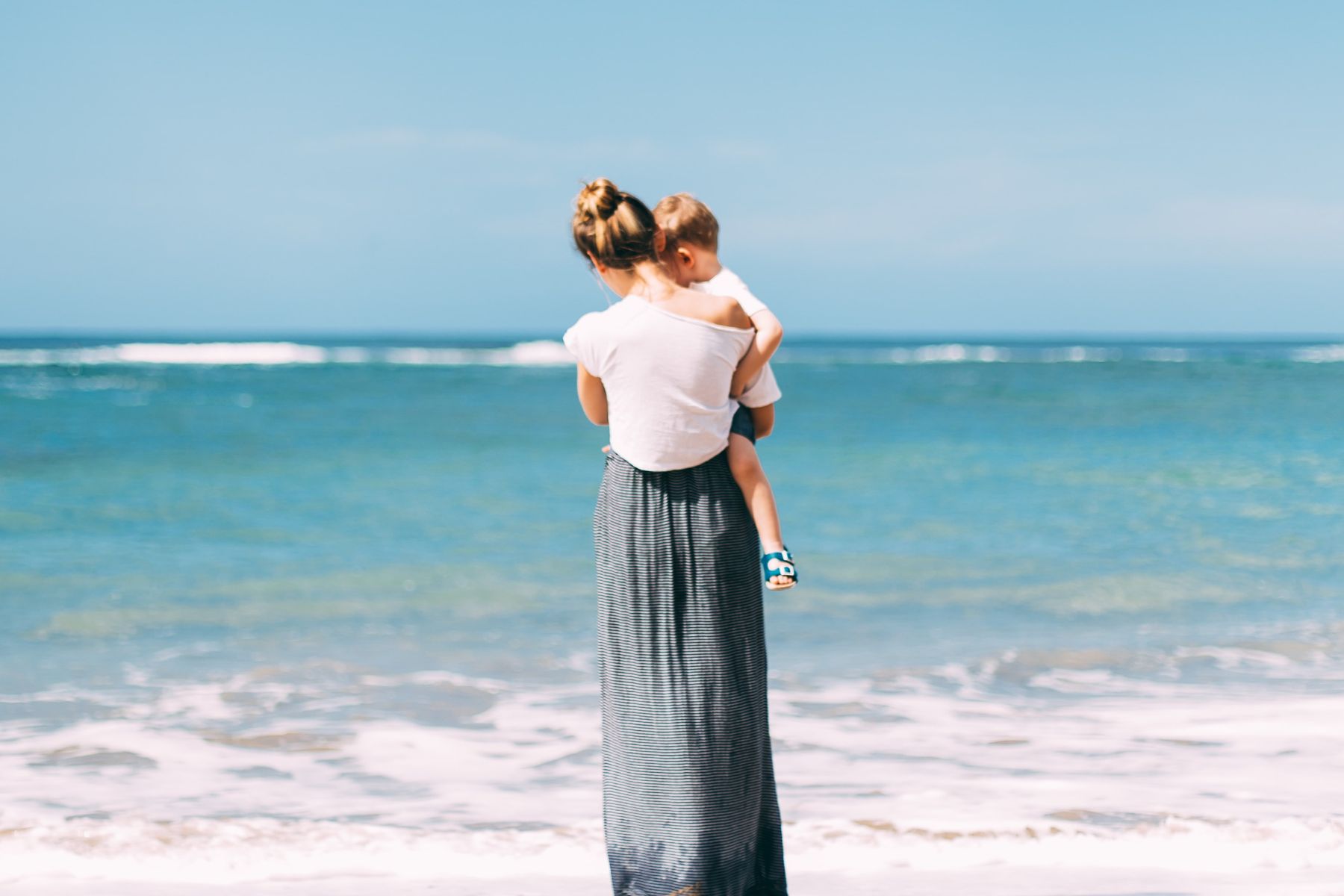 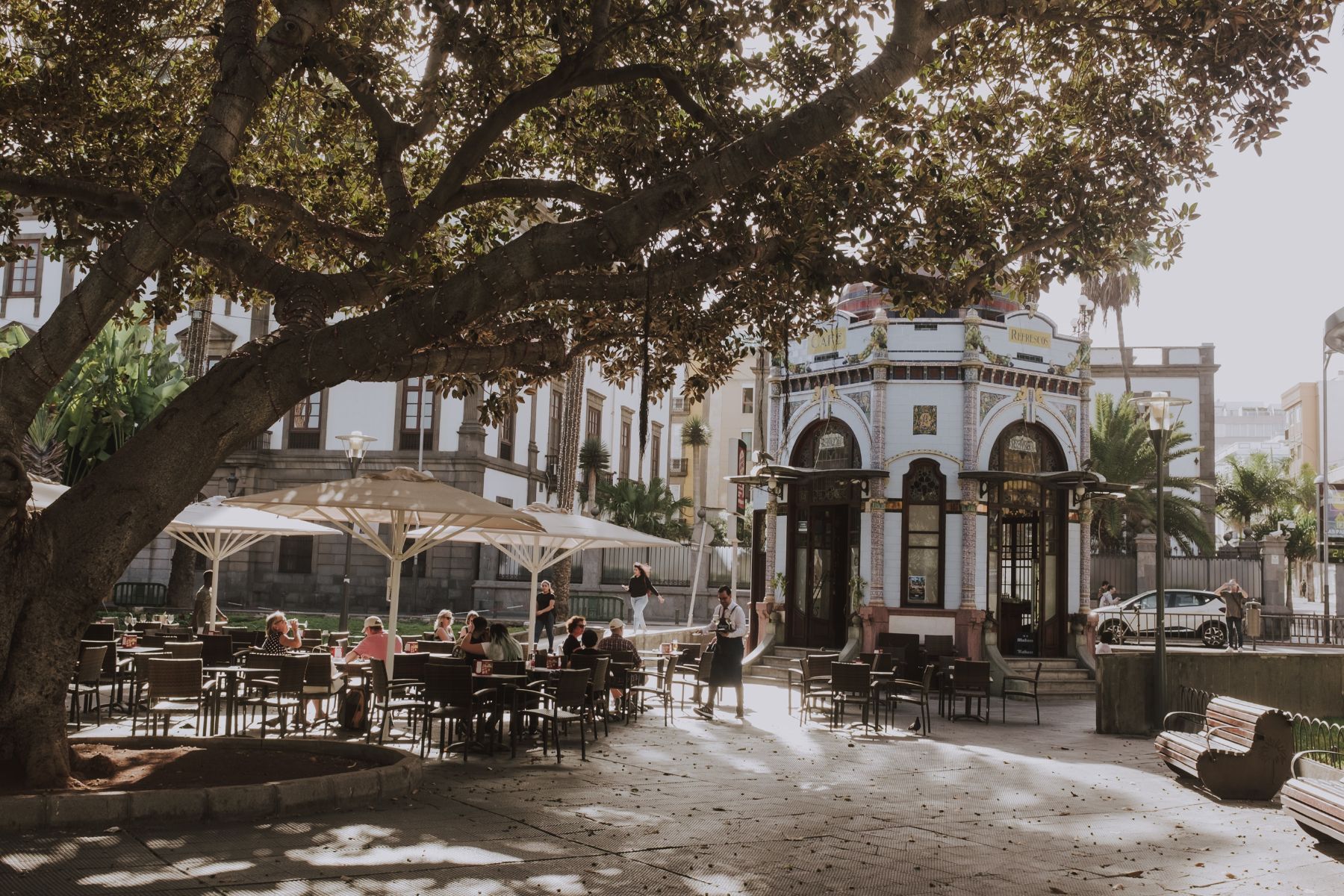 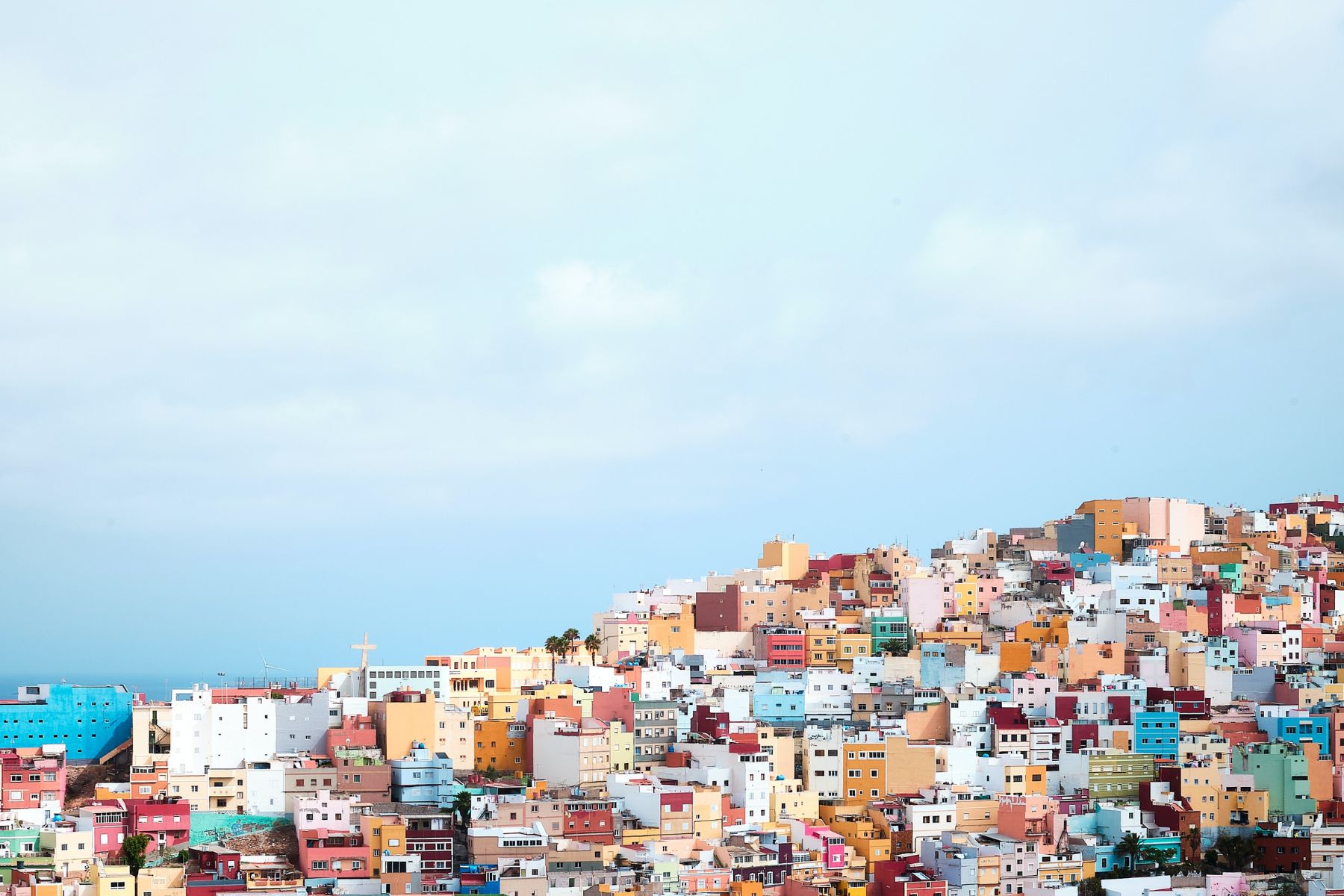 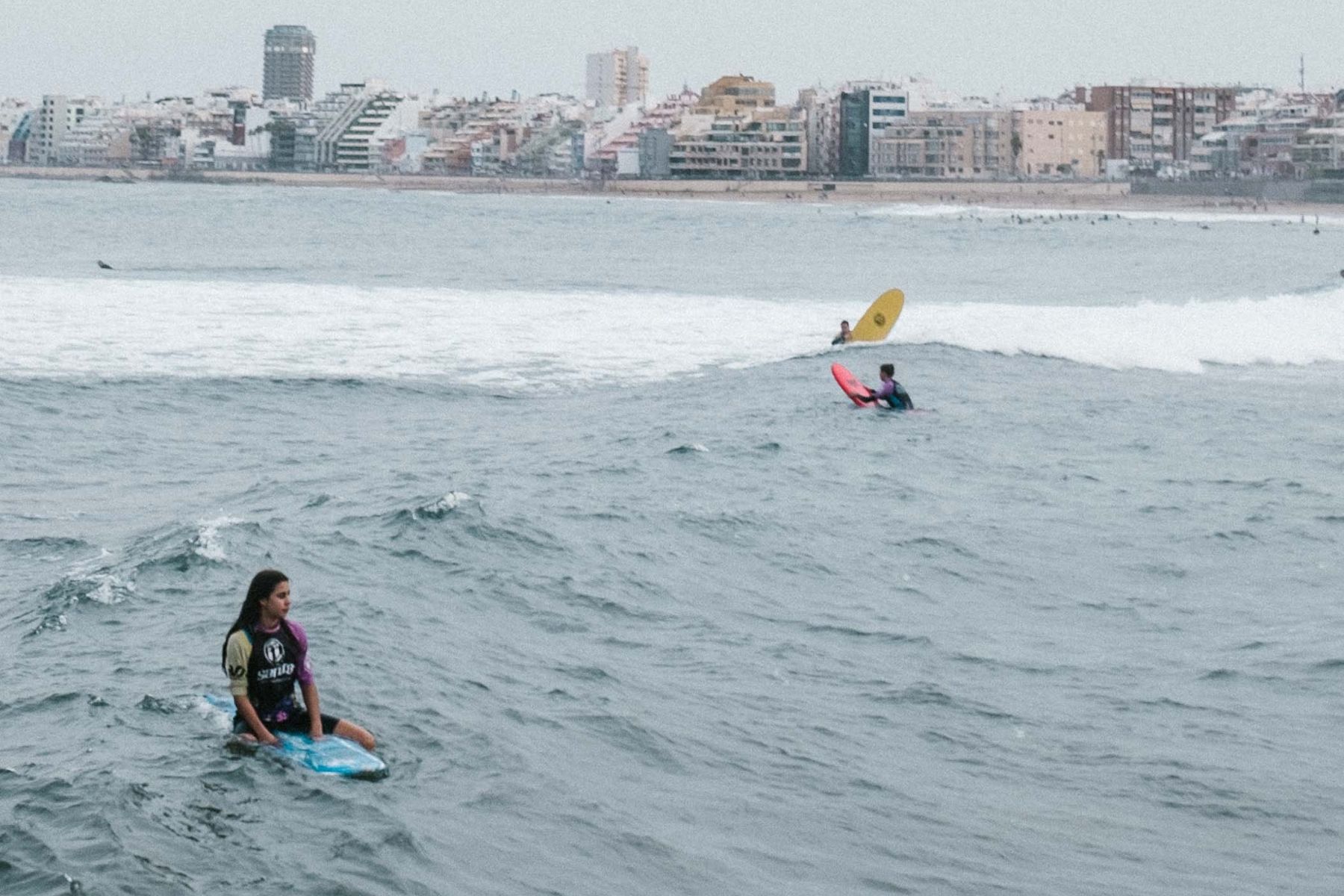 Las Palmas de Gran Canaria is the ninth-largest city in Spain and it is made up of many distinct neighborhoods. In Vegueta, the original Las Palmas de Gran Canaria neighborhood, cobbled streets will lead you to the city's oldest market, Mercado de Vegueta, and Catedral de Santa Ana de Canarias. Nearby, you can log in some work hours at Hashtag WorkSpace - Coworking Gran Canaria which features a kid’s area that can entertain while parents work and a pop-up market with local brands, food, and music.

Heading north, the next barrio you will encounter is Triana. This pedestrianized area is the Gran Canaria capital's premier shopping area. Still, there are more interesting discoveries to be found off the main drag of Calle Mayor de Triana than on it, such as fine restaurants like Deliciosa Marta. The menu is meat and fish heavy but one of the signature dishes suitable for vegetarians is their gnoquis trufados con parmesano.

Continuing your northern route, you will soon hit Arenales and Paseo Tomás Morales whose Petit Café will pep you up with their signature devil coffee shot that throws in a dash of pepper and pure cocoa. This area takes its name from the fact it was once sand and the development of Las Palmas de Gran Canaria saw it blossom as a residential area. Out went the central banana plantations, and in came the university that now regularly shows English-language films free of charge. The House Coworking is split over three floors of a converted government building and features two covered roof terraces plus regular ecological fruit and veg box deliveries from Eco Finca Diente de León. Nearby Casa África is a non-profit organization bridging the gap between the African continent and Spain, and their temporary art and photography exhibitions are well worth checking out.

Next door's Ciudad Jardín is the greenest and most pleasant residential area in Las Palmas de Gran Canaria. With UK roots, it also has an Anglican church and a British Club that Winston Churchill visited. Michelin-starred Poemas by Hermanos Padron is housed in the elegant Santa Catalina, a Royal Hideaway.

Closer to Playa de Las Canteras, arguably Spain's best urban beach, is the eye-catching Repeople Coworking, the headquarters of the team behind the largest teleworking conference in Europe. You can surf at the La Cicer end of Las Canteras, snorkel in the middle at Playa Chica, and dine fine at the La Puntilla end at nouveau La Macarena or more traditional La Marinera. 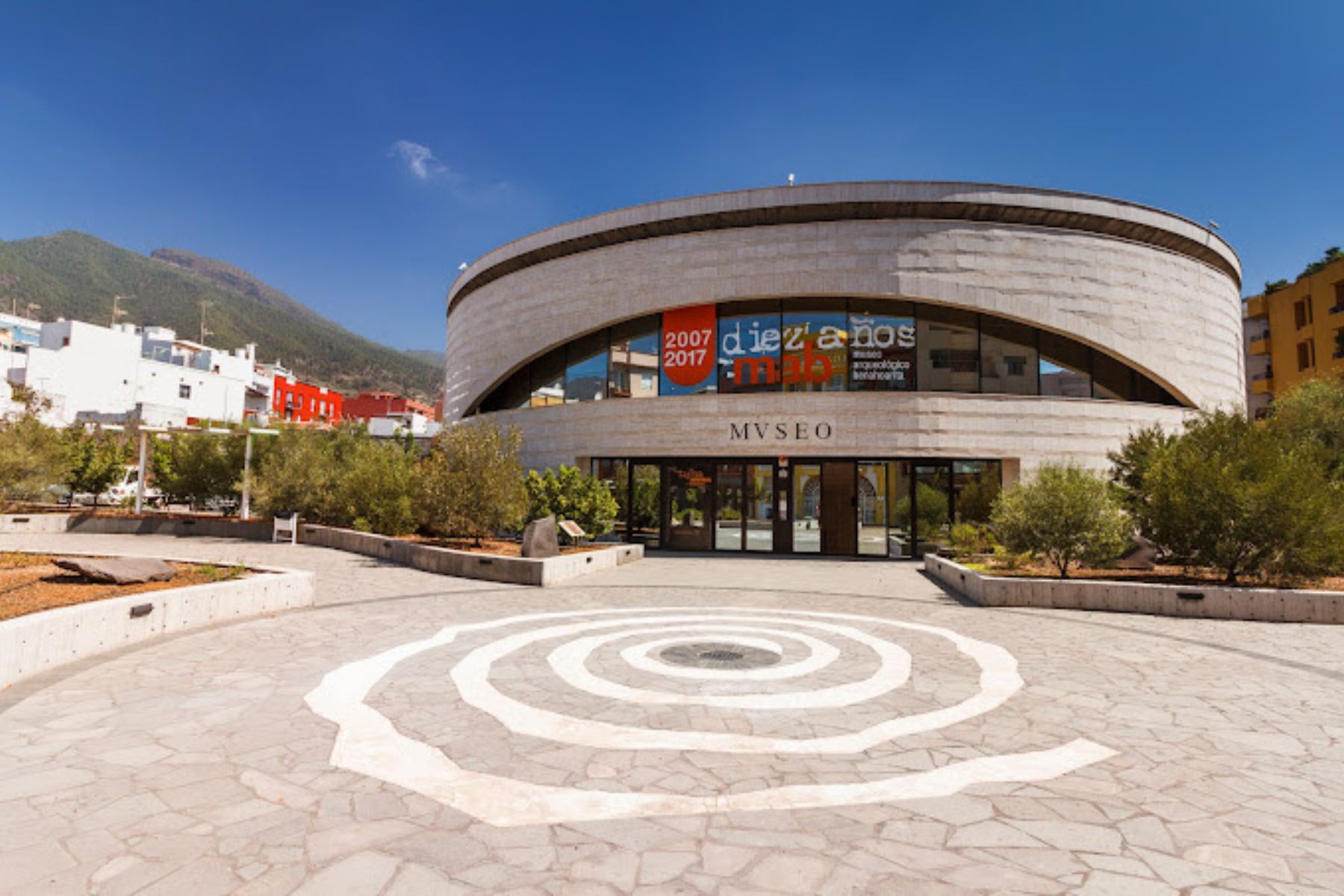 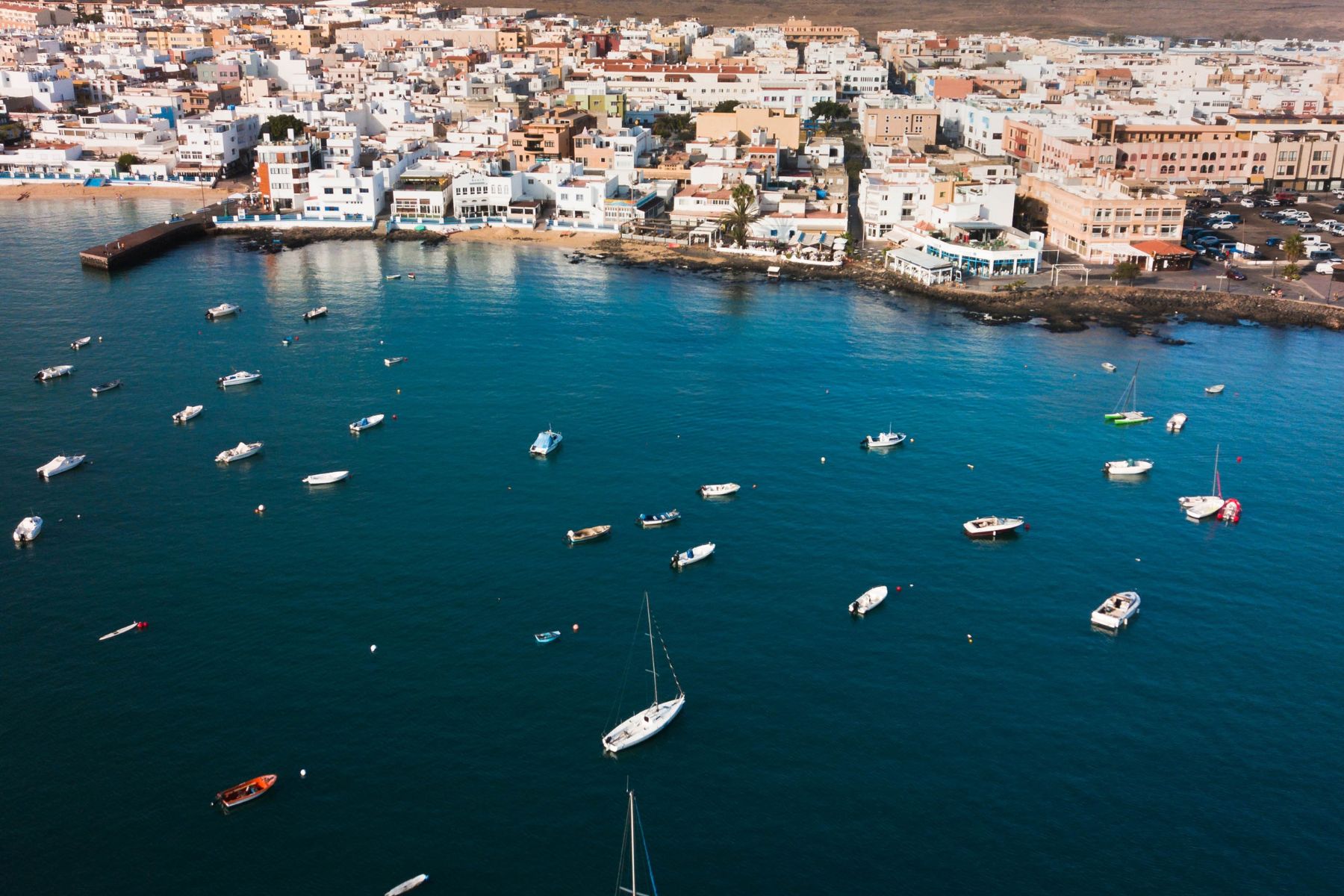 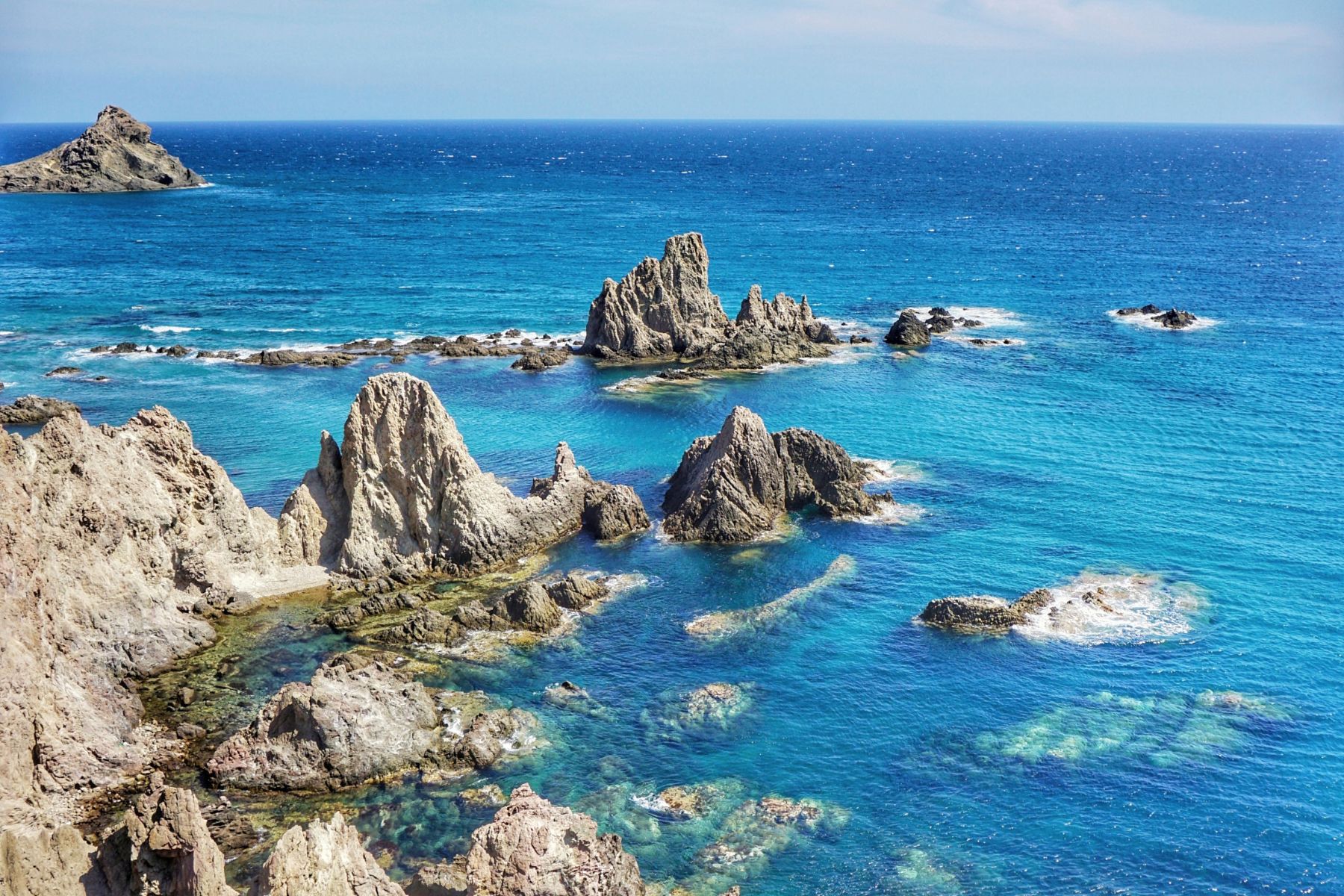 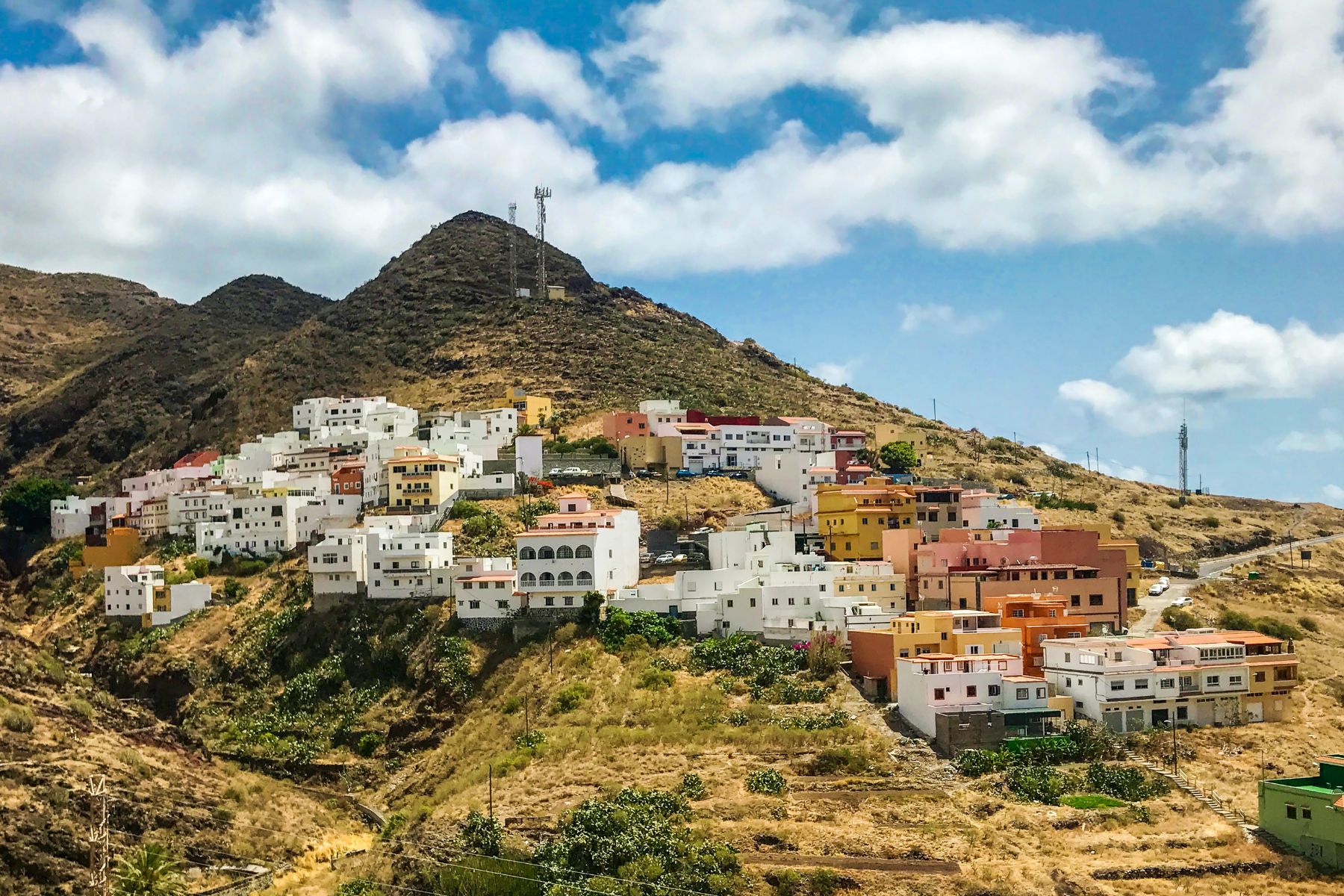 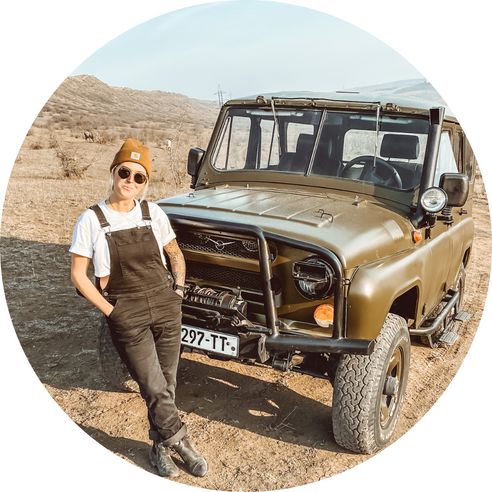